We use cookies on this site. Please confirm that you have read and understood this by clicking on this OK I understand link.

Our Garmin routes are designed to be easy to load and use. Whether using our routes to pass your driving test or for a scenic drive along the coast our routes will direct you with turn by turn navigation. Below you'll find step by step instructions on how to transfer and use routes.

1. Save zipped folder emailed after purchase: Depending on your email software right click on email attachedment and click "Save As", navigate to an appropiate folder on your PC and save.

3. Connect the Garmin USB cable that originally came with your device to your Garmin device and your computer.

Once the created routes have been transferred, you may access them on the device. On certain models, the routes must be imported before they can be accessed.

The device will now import the selected routes. The routes that were imported can be found in the Routes option under "Where To?".

The device will now import the selected routes. The routes that were imported can be found in the Routes option under "Where To?"

The import will automatically begin, but no message will appear on the device indicating that the import is happening and may take several minutes to import the trips. Once the import is complete, all transferred routes will be displayed under a category called Unscheduled Trips in the Trip Planner. 1 Until the trip(s) show up in Trip Planner, please do not turn off the device or connect it to a computer.

*Please note: When routes are imported to your Garmin device, the route may change due to navigation settings within your device. 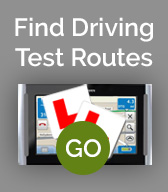 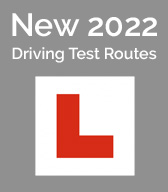 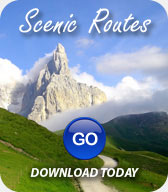